In this gallery I show a bunch of matte paintings done for the movie. If you place the mouse (or tap) on each image you will see the final composition. In most of the cases is my own composition, not the final from the movie, which usually gets a lot of postproduction and color tweaks.

The normal size for the matte paintings used in Pirates was 7000px wide, and panoramas or 360º could easily get to 20,000px. Since the movie was 3d stereoscopic, all clouds had to be in separate layers, which compositors placed at different distances of the camera. 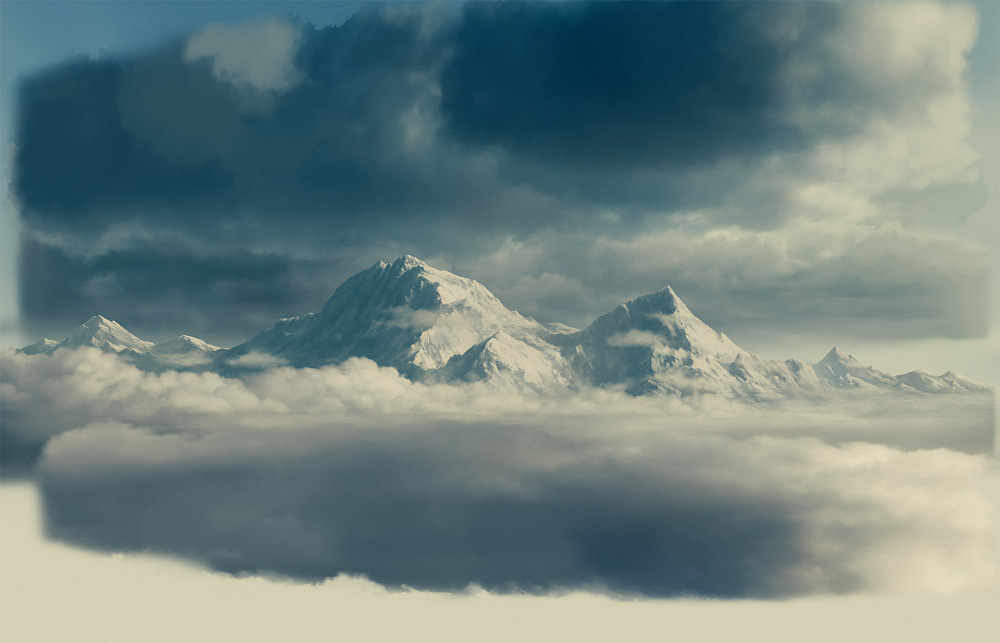 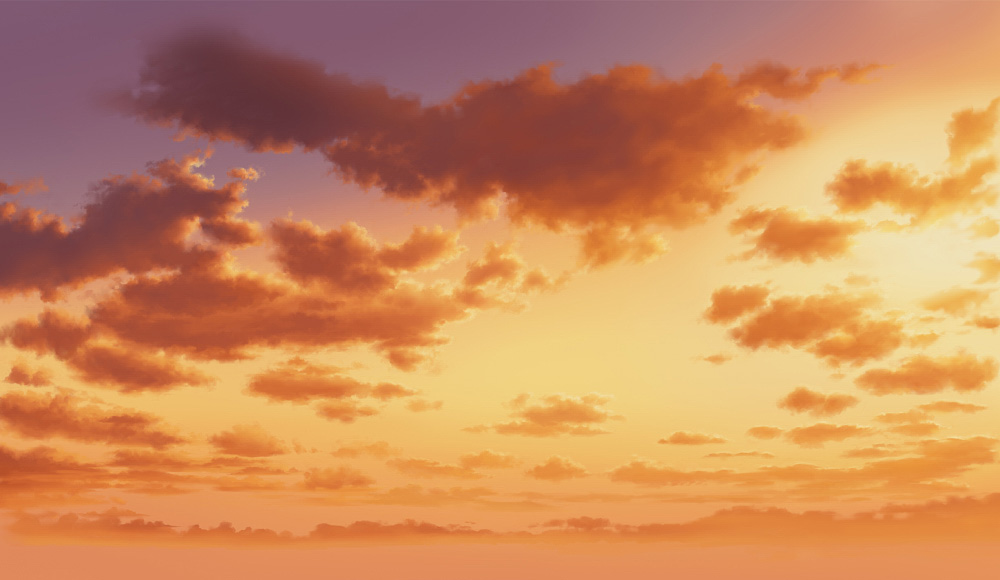 I worked on a lot of camera projections for London buildings placed along one side of the Thames" bank. It would be very expensive to texture them traditionally, so 3d supervisors decided to go on with matte painting textures. For each camera projection, the 3d guy gave us a diffuse render (in gray) and a wireframe render.

Most of them are basic flat albedo textures, with the minimum amount of shading (that"s why they look so dull and flat), so the 3d guys could light them more dinamically shot by shot, and we could have more flexibility for changes. 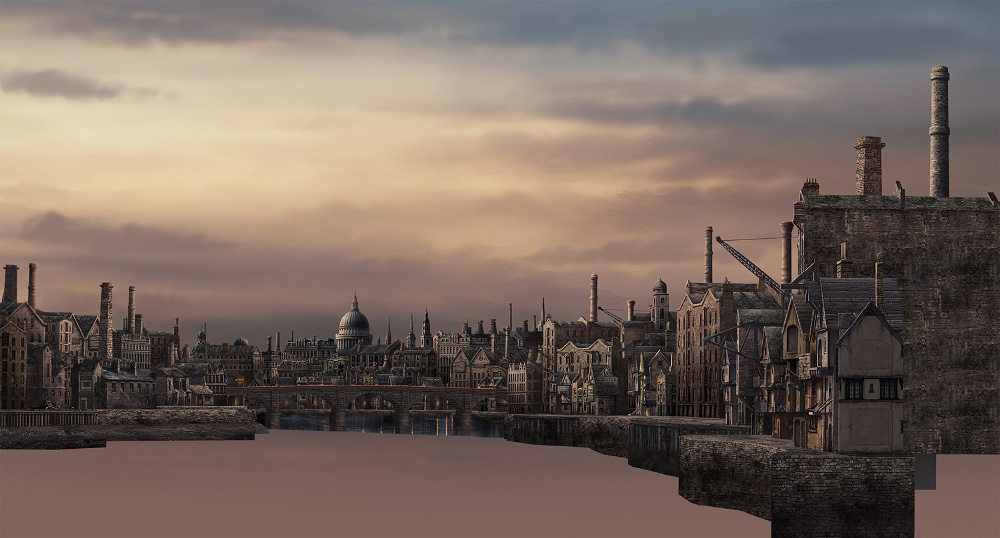 The next shot is funny. We knew it would have a lot of fog, but didn"t know how much, so I painted all buldings with all detail. At the end, the fog covered almost everything completely: 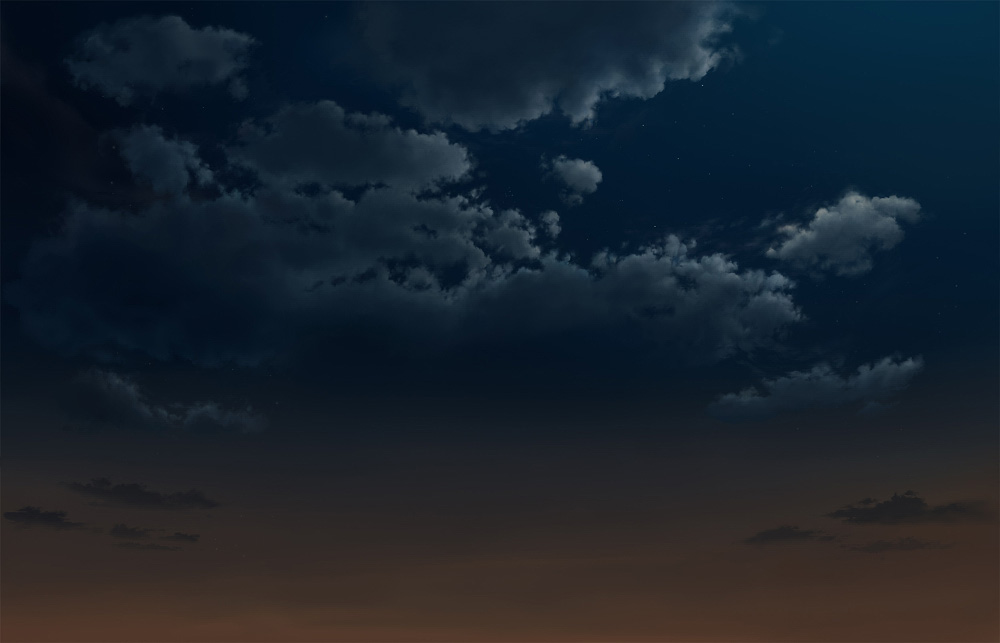 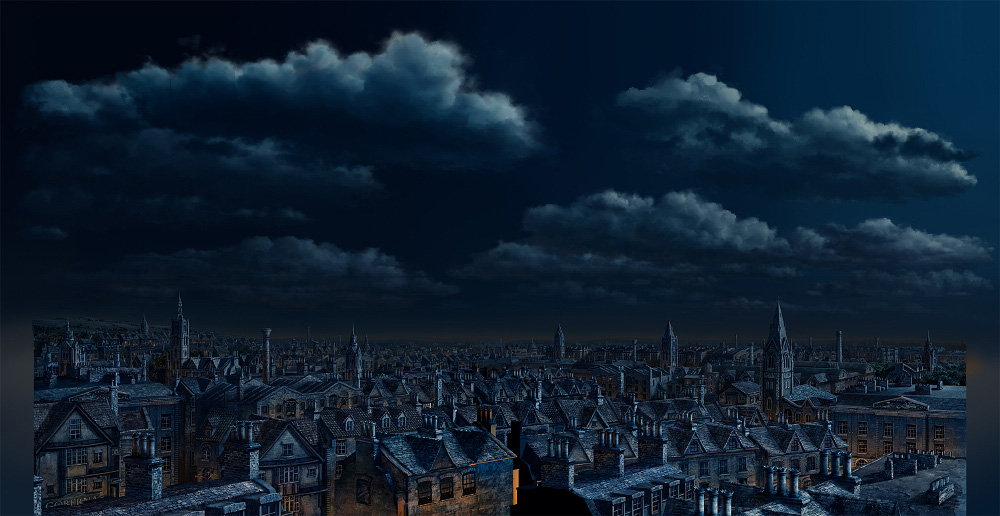 I"ve spent almost one month painting the previous shot, which features an elevated view of London rooftops in the middle of the night. The 3d modeller placed all the 3d models of the houses (without textures) in the scene, and then I decided how to split all them in groups for the camera projections. I got a gray diffuse render of each group of buildings, and then started to paint on them 7000px wide, which allows a lot of detail. I didn"t paint any fog, blur, or big color variation, for those were things that were done later in compositing.

At the end, the shot was all blurred and covered with fog, as you can see if you place the mouse on the image. The easy question is: "Why did you paint everything with such detail?". We didn"t know really how many fog or depth of field blurriness it would have, so the most cautious option was to paint it in full detail.

In the Pirates showreel video (min 01:15) you can see this animation. 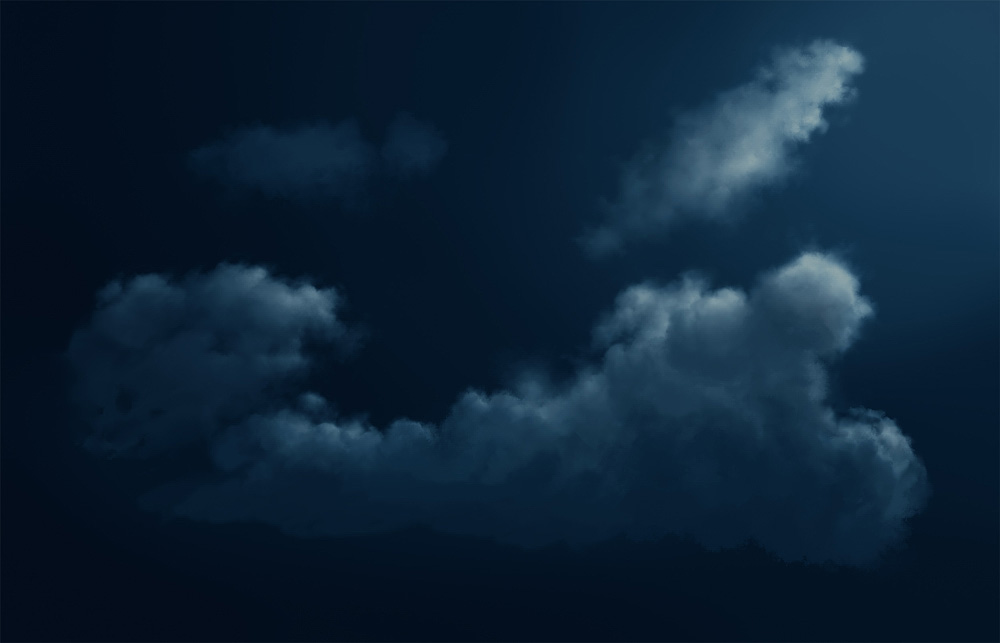 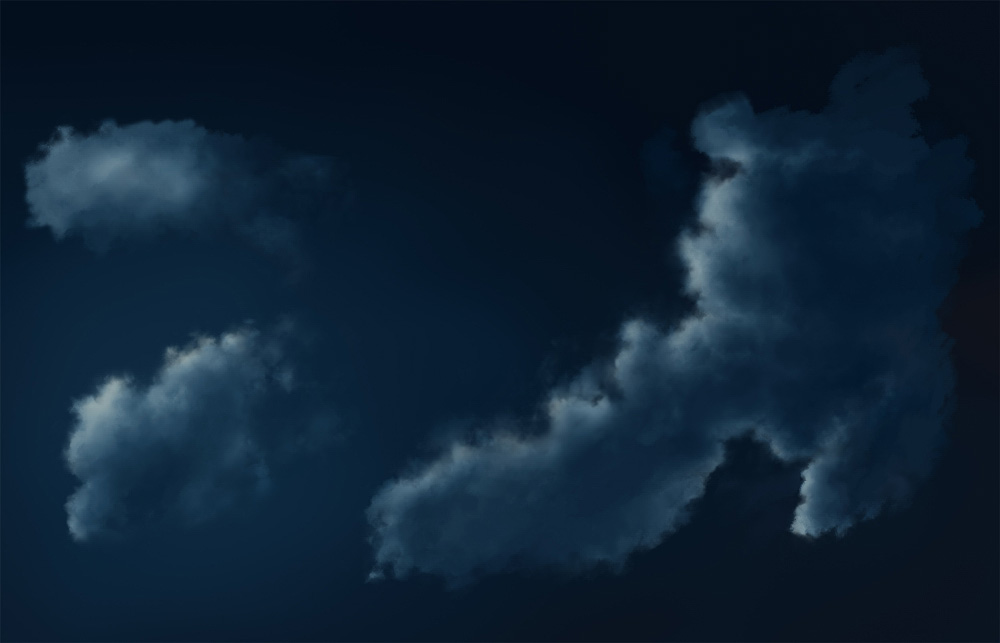 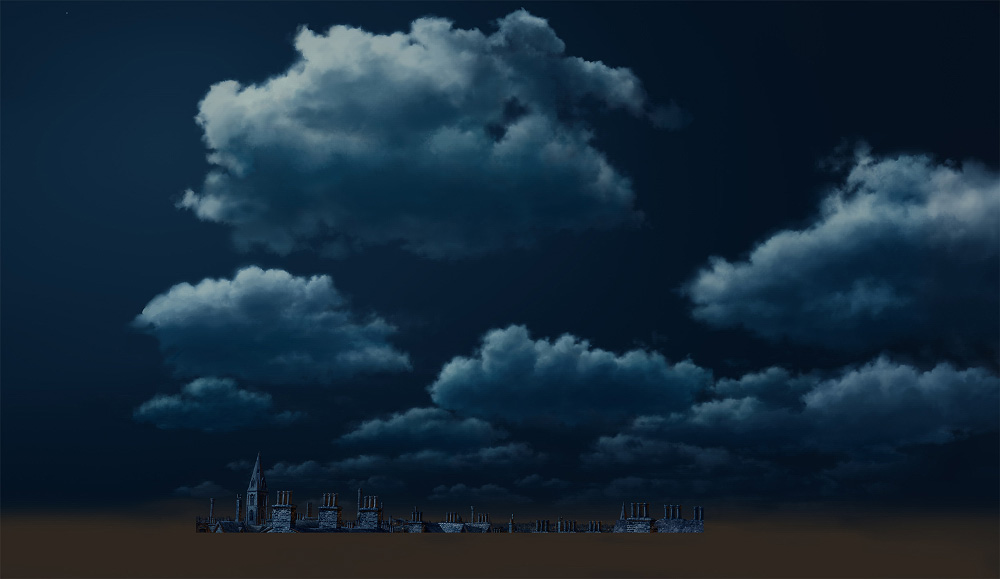 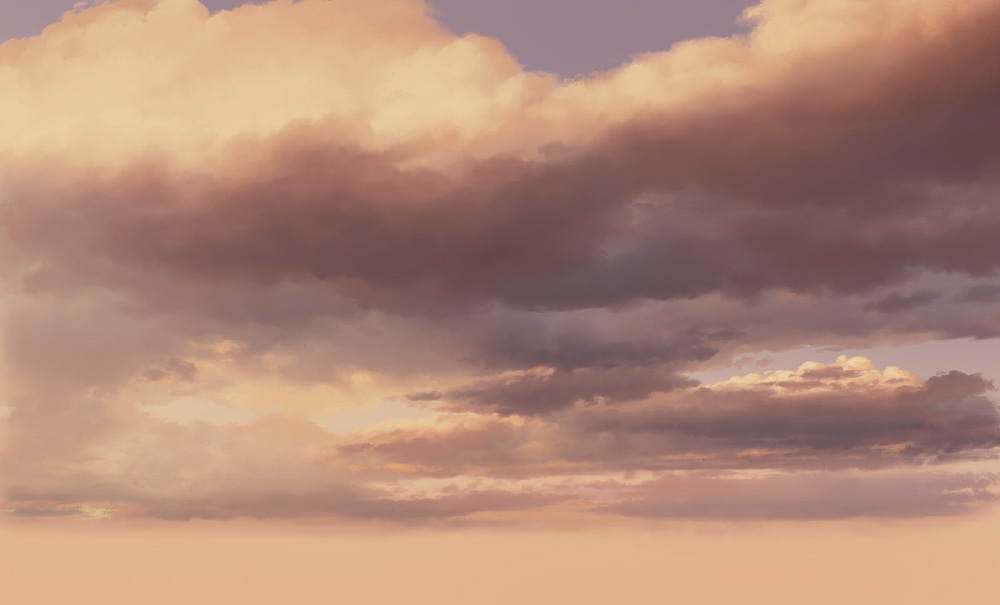 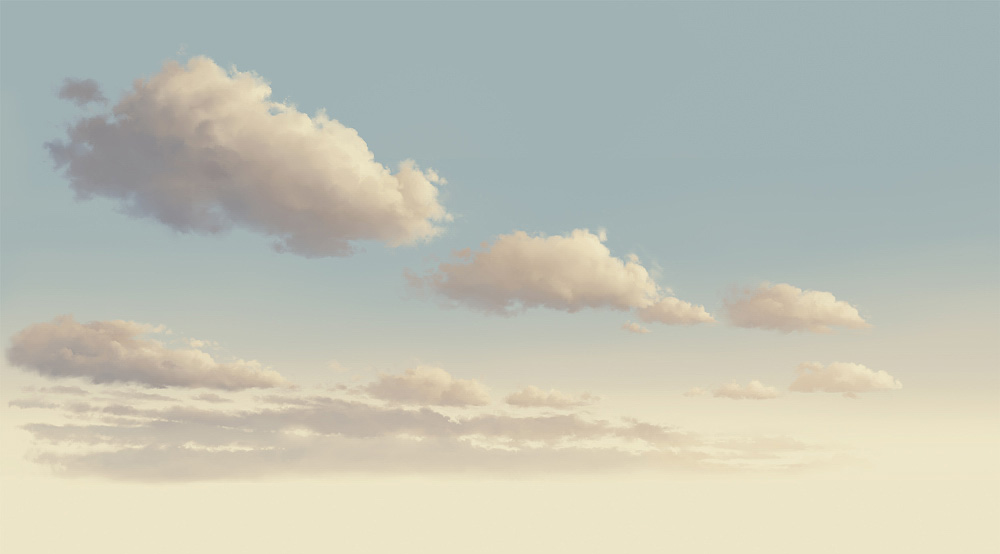 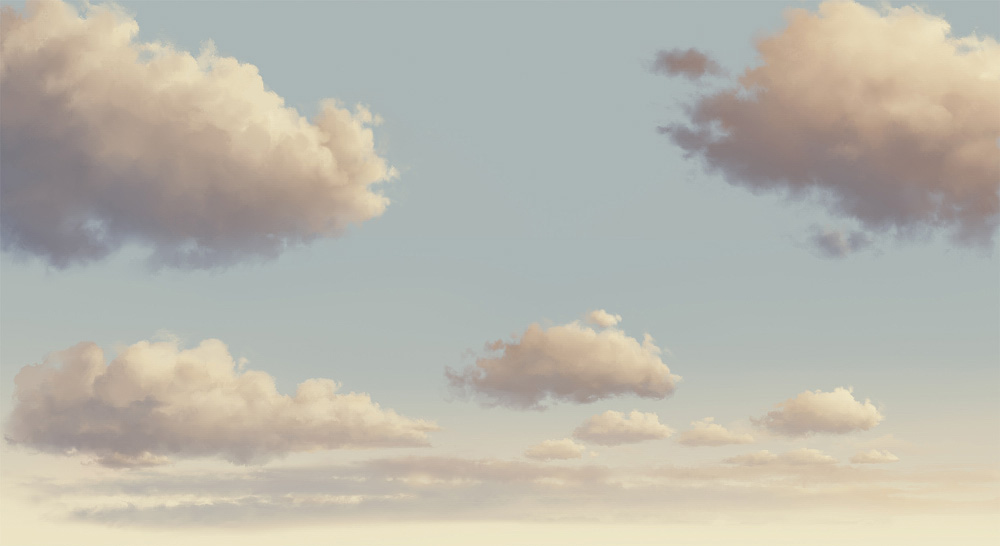 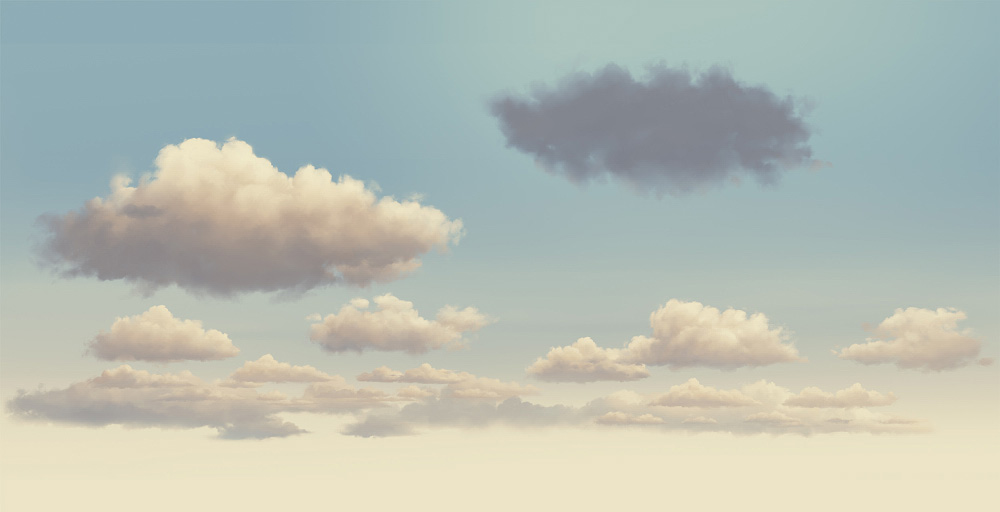 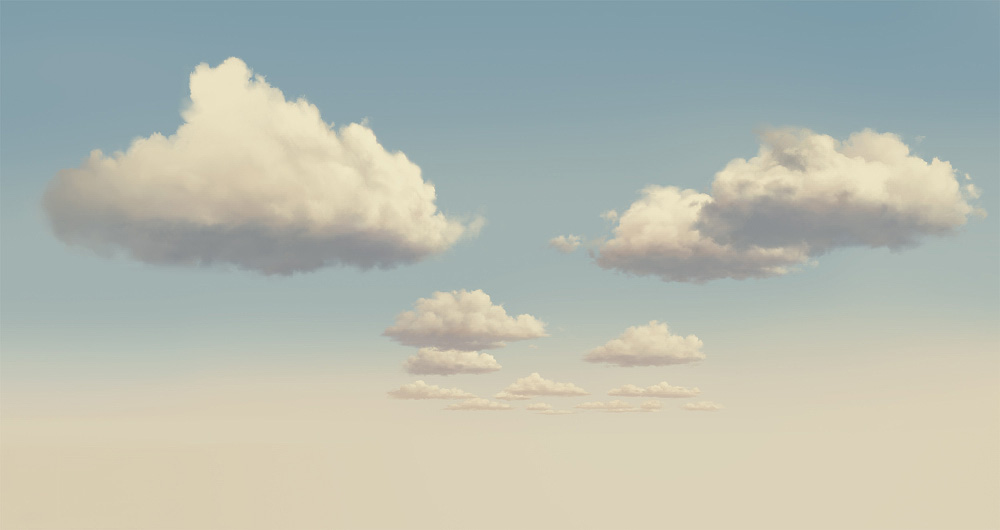 This was my first work at Aardman. They had to build in 3d some additional houses for Blood Island, and they asked me to design the look of them, from a basic render of other kind of houses.

..And here they are! on the bottom left of the frame. I think they only appear in two or three shots :D